How To Make Buy-Sell Profits At Auctions… A Business You Can Start With Just £1! 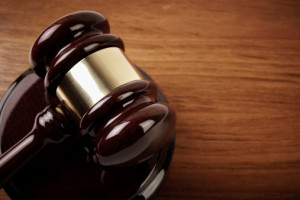 Answer me this: what do a toaster, a box of pre-decimal stamps and a plaster reproduction of the Venus de Milo have in common?

(Before you ask, this isn’t some kind of cheesy joke.)

They are all things that you could have bought for £1 – yes ONE POUND – at an auction I went to.

There was a small buyer’s premium on top. But even including that they were decent lots that were literally ‘cheap as chips. In fact, depending on where you buy your chips, even cheaper.

Other bargains at the same sale included a laptop for £12, a mountain bike for £9, a professional hammer drill in a case for £7, a digital camera for £4 and a leather office chair for £3.

I’ve always been a fan of auctions as a great way of sourcing stock for a small business. But right now there are some incredible bargains around. If you haven’t tried them yet you really should give them a go. As well as being great for sourcing cheaply it can be a lot of fun.

Auctions are especially good for buyers (but not so good for sellers) right now. Why? Well, prices at auctions have always been a bit volatile. They’re set by supply and demand. The hammer price is only ever what people are willing to pay on the day. But in the current economic climate auction prices are frequently giveaways. As well as all the usual lots auction catalogues are being deluged by bankrupt stocks, repossessed goods and desperate sellers. And that means ultra low prices.

If something comes up in volume – and not many people at the auction are in the mood to buy it that day – it goes for a song. Reserve prices (i.e. the minimum an item may be sold for) are often being forgotten about at the moment. If no one else wants what you’re bidding on it may well go for £1 just to clear it.

Here are some strategies for bagging auction bargains and making some extra cash:

By the way, if you want to find out where you can get incredible auction bargains like these then The Secret Source Directory is the place to look.