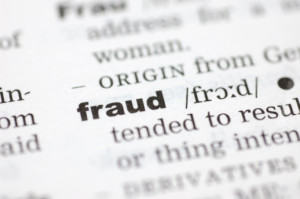 Whether you’re sourcing for eBay, Amazon, any other buying and selling business (or even just buying things for yourself) fake goods can be a problem. Fakes can be a particular problem if you’re buying from abroad where controls aren’t as good as they are here. But never believe there aren’t any fakes here in the UK too.

Fakes are normally a very bad bargain. Let’s face it, many of us have been on holiday abroad and bought a fake designer top or watch that’s lasted only a couple of washes or a couple of months. But it can be more serious. Fakes can sometimes be dangerous. And it’s illegal to import or resell fake goods… even if you didn’t know they were fakes… they could be seized by Customs.

The risk of buying fakes is small, but you can protect yourself by taking a few simple precautions to avoid them:

Firstly, branded products originally sourced directly from China are unlikely to be genuine.

For example, sought after branded goods like Samsung phones, Apple iPads, Jimmy Choo shoes and Mulberry bags are almost always fakes if they originated from a factory in China.

Because, although many branded products are actually made in China, the brand owners control distribution very tightly – they simply wouldn’t allow the factories that manufacture for them to undermine their brand and undercut their profit by selling in this way.

So never believe that the manufacturer makes a ‘few extra’ PlayStation games consoles etc. or sells off the ‘rejects’ or ‘overmakes’ directly. It just doesn’t happen, so don’t fall into the trap.

But, secondly, it isn’t always as simple as that!

Because many of these fake sources are quite devious. They might openly admit that the bargain priced products they are selling aren’t genuine. But use some clever words to make you think they are as good as genuine – when they aren’t.

Watch out for descriptions which give the game away that an item is a fake. Descriptions like ‘like original manufacturer specification’, ‘manufacturer quality’ and ‘99% authentic’. It’s impossible for something to be only partly authentic… either it is or it isn’t. These things are fakes, pure and simple.

Worse still, sources who sell fakes are likely to be fake in more ways than one: Not only are the products they sell not genuine – but, chances are they’ll never send what you ordered so you’ll lose your money too.

It’s all too easy to get caught out by things like this when you’re hunting for a bargain. So be sure to use a little common sense.

Here’s how: Ask the supplier lots of questions. Ask for serial numbers of the products concerned. Lots of big brands have telephone hotlines or websites where you can check out the authenticity of serial numbers. If the serial number you’re given is identified as a fake by the manufacturer (fakers usually give the same number to hundreds of products) or doesn’t exist, well, you’ll know to give it a wide berth.

Also check that the product packaging, labels etc. are genuine. For example, that the printing is of high quality – fakers usually skimp on the quality of the package where quality brands use quality packaging.