What are Parallel Imports, and how could they be an opportunity for you? 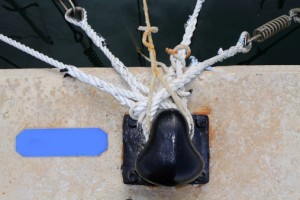 Parallel imports can be a good opportunity for you, especially if you’re in business that involves buying and selling goods, or if you’re an eBay seller. They can be an opportunity to buy your stock at the very cheapest prices.

Here in simple terms is what a parallel import (also sometimes known as a grey import) is: You see, today we live in a global economy where manufacturers sell the exact same products in different countries.

They charge different prices in different countries. Normally as much as they think the local market will pay or can afford to pay. Often multinational manufacturers charge the very highest prices in the UK.

For example, consumers in the USA would be shocked at the prices we pay for some groceries and electronics and so on. Across in most of eastern Europe shoppers could simply not afford to pay what we pay for many day to day goods.

The reason why parallel import entrepreneurs do it is simple: It can be VERY lucrative. They can sell that Coca Cola from Poland or Nescafe from Brazil at a fraction of the price the exact same thing is sold officially for in the UK. And still make a very good profit from doing it.

Incidentally, manufacturers don’t like parallel importing one little bit. As it means you can undercut their UK outlets. But it is absolutely NOT illegal in most cases. In fact, the EU actually encourages and supports it.

So how do you find parallel imports for your business at bargain prices?

It’s not too hard to get into parallel importing: All you need to do is Google details of distributors or wholesalers for whatever you want in other countries. Germany is a bit of a centre for parallel importing for some reason. Send them an email (you’ll have to take a bit of a chance of them speaking English). See if they can supply you for less than the UK supplier. Many will be prepared to, if it’s done on the quiet.

Bringing in goods from another EU country is very straightforward. You won’t have to pay any Customs duties and taxes in most cases. (Except alcohol and tobacco.)

Pitfalls to check for: There are a few snags you need to be aware of before you do this: The products might be of a slightly different specification. They might be labelled in a foreign language. In some cases service support and parts might be tricky to get on parallel imports. But then again if the item has been parallel or grey imported from an EU country the manufacturer MUST honour the guarantee in the UK under EU law.

Whatever you’re selling or want to sell do a little research into parallel or grey imports. It could be a great way to boost your bottom line.

More info. Here’s an article you might find useful if you’re interested in import-export as a business, or sourcing your stock abroad. Import Made Easy! LINK